– On Sunday April 19th, 2015, Stathis Enterprises (SE) and the World Chariot Racing Federation (WCRF)—sponsors of the 111th U.S Open Polo Championship—wrapped up the 2015 season with the go-to VIP party of the season, where top Polo officials, players and fans gathered to celebrate this year’s match. Guests were also treated to a sneak peak of WCRF’s collection of state-of-art chariots, which promise to revolutionize the harness racing industry.

“The U.S. Open is a great way to celebrate tradition, culture and of course, horses. For that reason, we’re especially proud to connect our next generation with an equestrian sport that has withstood the test of time for more than 2,000 years – chariot racing.” said SE and WCRF founder Sam Stathis. WCRF aims to raise visibility around harness racing and exceed all previous expectations by attracting new fans and new owners to the sport that founded the Olympic games in antiquity. “While our new chariots may look futuristic they function much like their original counterparts during the Olympic Games of Ancient Greece.”

The event also featured a showcase and auction of the latest collection of luxury handbags from fashion designer Stefano Laviano—with 100% of the proceeds to be donated to Horses Healing Hearts, a 501c3 charitable organization that helps children raised with addiction in their home by working with horses.

About WCRF/ SE
Dedicated to revitalizing and re-branding harness racing as a “Sustainable Sport”™ with as much thrill and excitement as auto racing, the World Chariot Racing Federation creates high‐end fine sporting events around the world. Bringing together breeders, owners, trainers, drivers, tracks, fans, media groups and corporate sponsors, WCRF also champions the green revolution, spearheading the growth of ecological sustainability in both chariot racing and auto sports. 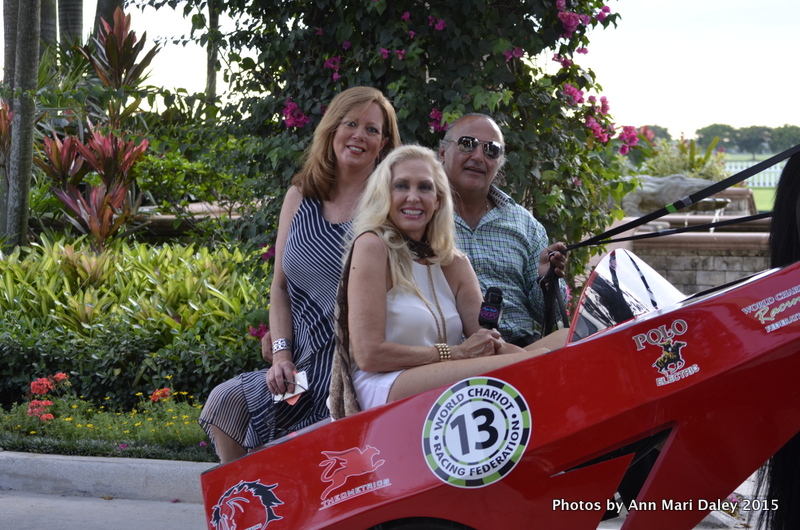