TAKE A PHOTO WITH US AT THE BREEDER’S CROWN 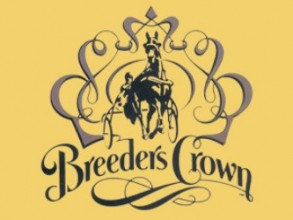 The Meadowlands Racetrack, under lease to real estate magnate and racino owner Jeff Gural, will enter the next stage of development when Meadowlands Racing & Entertainment opens a new, state of the art grandstand on November 23 of this year. All twelve Breeders Crown races will cap the stakes schedule in November of 2014 on a date to be determined. The Meadowlands last hosted the four open Crown events in 2009.

“The mile track is the true test of a champion, and having The Breeders Crown at The Meadowlands shows the harness racing world that ‘The Big M’ is back,” said Chairman Jeff Gural.

“It has been a long road, but on the heels of a remarkably successful 2013 season, and with the grand opening of our new facility nearly upon us, harness racing fans should take this as a statement that the future is looking brighter and brighter at The Meadowlands. This is something that when we took over operations, I would never have imagined could be possible so quickly. It is a testament to the hard work and effort that the entire Meadowlands team put forth. So many people played a role in making this possible.

“Most of all, we would like to thank the horsemen of New Jersey, who have shown unwavering support for our racetrack, for showing this commitment to showcase the best Standardbreds in the world in the Garden State at the racetrack that is the center of the harness racing universe,” added Gural. “I personally would like to thank Tom Luchento, Leo McNamara and all the horsemen of New Jersey for supporting this venture. It is something they can all be proud of and will all be a part of.”

Charters echoed those sentiments. “We are indebted to the New Jersey horseman for their support and cooperation in this partnership and for their appreciation of championship racing.”

“This is a great moment for harness racing,” added Meadowlands Gaming and Entertainment General Manager Jason Settlemoir. “For the past few years the idea of holding this event at The Meadowlands would be financially impossible. But thanks to the year we had and the bright future in front of us, we are ready to put on a great show for The Breeders Crown 2014 at Meadowlands Racing & Entertainment.”

The Breeders Crown series has crowned champions in every division for trotters and pacers and has been the deciding factor in Horse of the Year honors since 1984. More than $158,861,134 in purse money has been disbursed over 334 events. This year’s championships will be raced Oct. 19 at Mohegan Sun at Pocono Downs, Wilkes Barre, PA.