Congratulations to our dear friend Wally on his 10,000th win! 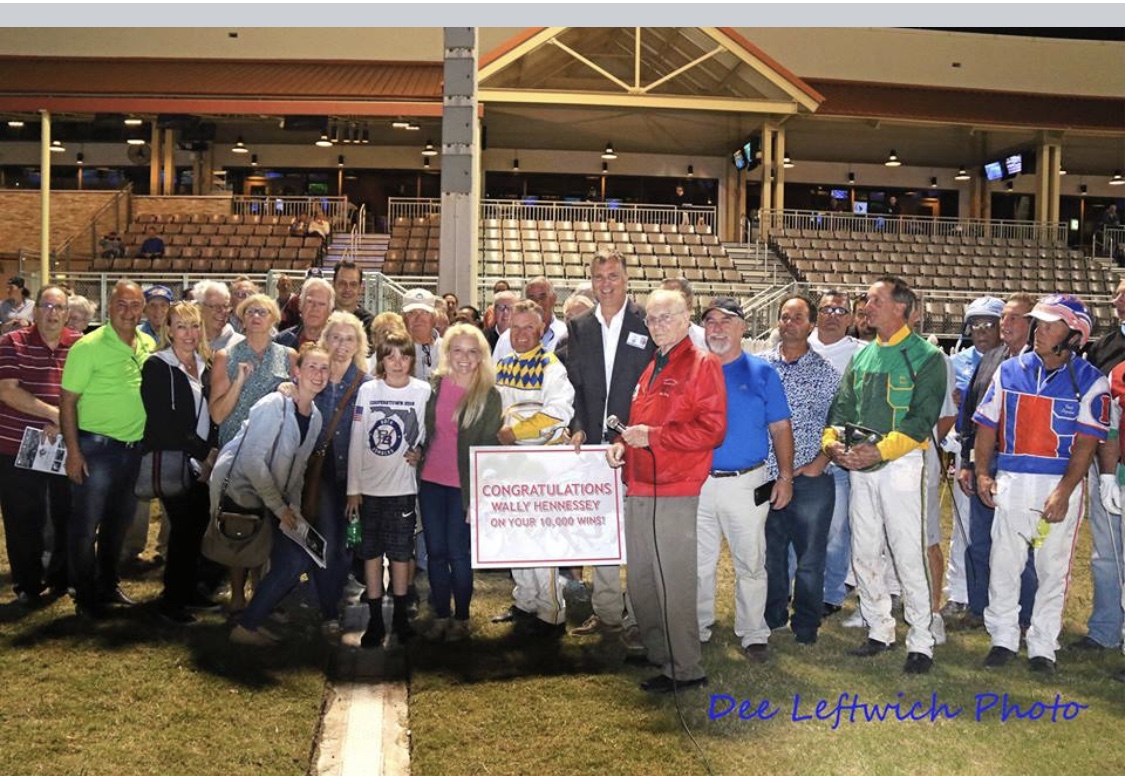 Hall of Fame driver Wally Hennessey achieved a milestone that only 16 other harness racing drivers have accomplished when he drove Prince of Fame to victory in the last race at Pompano Park on Wednesday night, January 23–his 10,000th career victory.

Hennessey, who is sporting a lofty “batting average” over .550 during the current Pompano Park meeting, is averaging three plus wins per racing night and shows no signs of slowing down while competing against a very talented driving colony in South Florida.

In reflecting on his milestone achievement, Hennessey, in a post race interview, lamented “I have been around for many years and am lucky to have stayed competitive all these years. It certainly doesn’t get any easier with the talent around these days but that’s why it’s necessary to work harder than ever to retain your sharpness.”

Hennessey fondly remembers the early days on Eustis Street in Charlottetown becoming enamored with the sport that has been his life work.

“I have a picture of myself at age 10 holding the head of a horse driven by my dad and it’s a constant reminder of what a great influence he was on my career. I have been lucky to have driven some really great horses over the years, including, of course, Moni Maker.”

Hennessey has won some of the sport’s most prestigious races, including the Woodrow Wilson at The Meadowlands and countless stakes events here and overseas.

When asked about his future goals, Hennessey remarked, “This is a sport that is a one-step-at-a-time sport. Having said that, my next goal is win number 10,001. Then, hopefully, I’ll go on from there.

By John Berry for Pompano Park